Jewel of Skill - adds Skill to the weapons, shields. the Probability of success is 70%.


Jewel of Luck - adds Luck of selecting any item. The probability of success is 50%.


Jewel of Level - raises the level of (sharpening) your items by 1 point. Not used in jewelry. The probability of success is 100%.


To obtain Custom Jewels, the player obliged to join into events.

Land Of Trials - It is a special location where access is only the Alliance that owns the castle. This location is a safe zone of the Alliance. Abounds with a large number of spots and unique bosses.


Every week the server hosts the main event - the siege of Castle Siege. The winning Alliance, together with the castle, gets access to a special location Land of Trials. 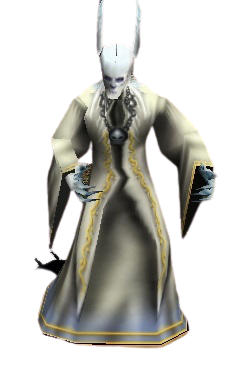 Devias, White Wizard and his guards: Ogre Warrior of Doom and Ogre Archer of Doom appear at any coordinates to harm the three largest locations, which is the center of the Mu Online continent. The main task of the heroes is to destroy a group of orcs and their leader. White Wizard (white magician) and his guards are strong enough, they are not easy to destroy. White Wizard has:

Whenever you destroy an Ogre Warrior of Doom or an Ogre Archer of Doom, you will drop a small amount of Zen or many Rings of Wizardy, which can give you a significant advantage in PvP with other Mu online server players. When the White Wizard himself is destroyed, he drops a stone: Jewel of Bless. After defeating the White Wizard, your name will sound on the entire Mu online server. 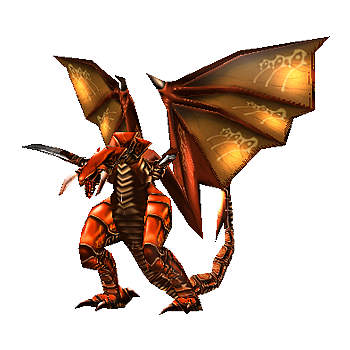 Once per day, [Red Dragons] invade the Continent of MU! During their invasion, you'll be able to see them flying over head, in the sky! Find any [Red Dragon] first, kill it, and easily earn a [Jewel of Bless]! If [Golden Derkon] spawns, it is called a [Golden Dragon Invasion]. The game is concluded once all the spawned monsters are killed. [Party] is allowed and can be formed anywhere on the map, during the game. All rewards which can be obtained from this game are soley from monster drops.

1. Form a [Party] with other characters and stay slightly seperated from each other, in order to search a map quicker.
2. Use [Wings], [Mounts], or [Boots] of a high [Item Level], in order to increase your movement speed.
3. Keep the camera angle zoomed all the way out. 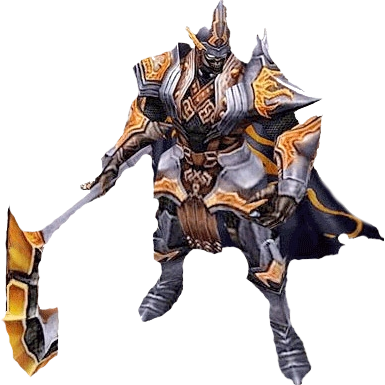 Crywolf is a fortress located southeast of the Valley of Loren. Here the battles of the alliance of humans and elves with the large army of Kundun take place. The fortress is ideally located on a hilly terrain for its defense, so it is a key strategic area.

Kundun ordered his army under the command of Balgass to capture the fortress, so that he would have the opportunity to break into the server. Any character who has reached level 10 can take part (Dark Lord and Magic Gladiator can take part in the defense by reaching level 7).
You can get on the Crywolf card:
From the Valey of Loren map at coordinates 161 41; Through the teleportation by use of NPC Teleport; Command /move crywolf in chat.

Information about the battle for Crywolf

Balgass with his army start attacking the fortress every Friday at 21:00; A message in the General chat will notify all players about the beginning of the battle (a flashing message in gold in the center of the screen); The duration of the battle is 30 minutes; At the beginning of the battle, the peaceful zone in the fortress becomes the combat zone; Characters will be prohibited from using the Personal Store and NPCs for the duration of the battle. Also, the characters will not be able to attack each other; If during the battle the hero dies, he will be resurrected in the peaceful zone of the Crywolf map; The goal of the battle is to protect the statue of the Holy Wolf from destruction and kill Balgass.

Statue of the Holy Wolf

This statue is a creation of the ancient elves and is huge in size and has incredible power, which allows you to hold back the Kundun'a army. She is also the target of Balgass and his army - the destruction of the statue will allow him to take over the fortress of Crywolf. Therefore, players must protect her with all their might and prevent Balgass from reaching his goal.

Around the statue of the Holy Wolf are 5 altars, which are designed to increase the strength of the statue at the expense of the energy of the elves. 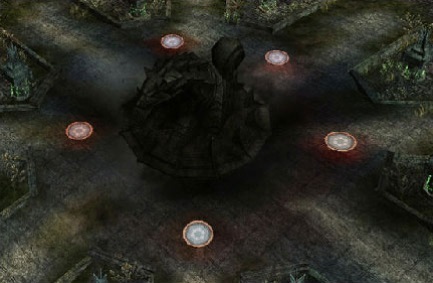 For Balgass, the altars are the initial target, because once they are destroyed, the statue loses its defensive abilities. To be successful in battle, the players and, not least, the elves must put a lot of effort into protecting the statue. If at the beginning of the battle no altar is attached to the elf, then the battle is automatically considered lost.

The role of the elves in the battle

The elves in this battle have one of the most important roles - to increase the protection of the statue at the expense of their energy. To do this, up to five Muse Elf / High Elf characters can join each of the altars. When the elf is successfully attached to the altar, the character will not be able to perform any actions. Any movement, attack, or death of the character will break the connection to the altar. No more than two attempts to stand on each altar are allowed. To do this, the players have two minutes before the start of the battle. The life force of the statue is increased by the health of each of the attached elves. That is, the more elves stood on the altars, the more health the statue has.

Before Balgass starts attacking the statue, his army tries to weaken the defense by attacking the characters that are participating in the battle. To do this, he sent his troops led by twelve Dark Elves. The task of the players during the first battle is to kill all the Dark Elves in order for Balgass to launch the attack himself.

After Balgass's entire army is destroyed, there is nothing left for him to do. how to attack a fortress alone. Therefore, in the last 5 minutes before the end of the battle, Balgass comes to the statue and tries to complete his evil intent. Balgass has a lot of dangerous spells in his arsenal that can cause a lot of problems for the defenders of the fortress. One of these is the mass freezing of players (Stern). Balgass' health will be displayed in the upper left corner below the statue's health. When the health level reaches zero, Balgass is considered defeated, and the defense of the fortress is successful. If Balgass is not defeated within the last five minutes, then the battle is considered lost.

The reward for the successful defense of the fortress will be: 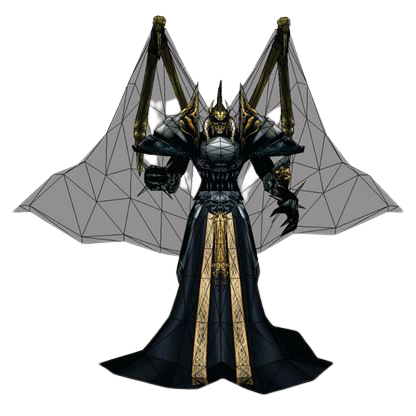 
Kundun is the boss at the end of Kalima 7. He has a special skill that makes him unable to damage him for 20 seconds, while restoring his health, so killing him is sometimes very difficult. After killing him, you can get from one to three Excellent- or Ancient-items, packages of Jewel of Bless, Jewel of Soul, Stone. The next time, just like Illusion of Kundun, the Kundun boss will appear after N hours (regen time is secret) from the moment of his death.

The world of Lord Kundun. Only the one who gets the lost card, which consists of 5 parts, can enter it. There are 6 gates that players of certain levels can enter.

How to get a ticket 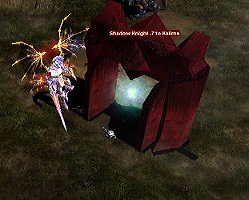 
ATTENTION! All Golds + 5 Appear in Lands of Trial 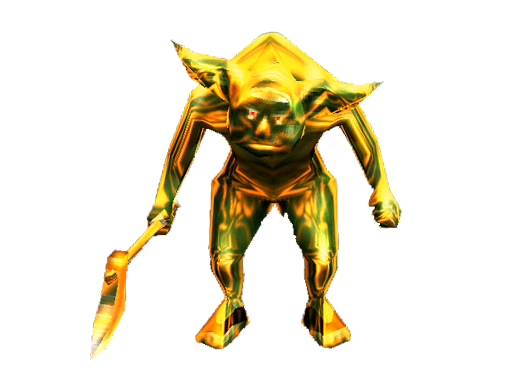 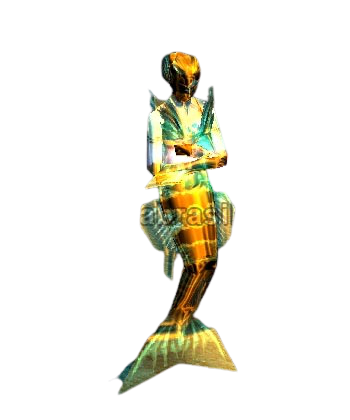 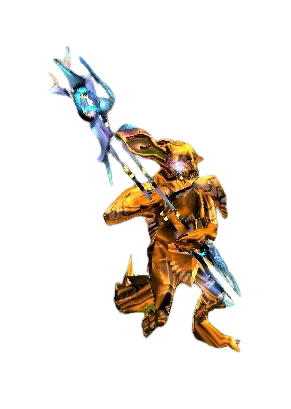 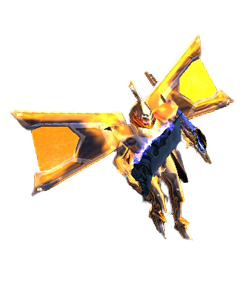 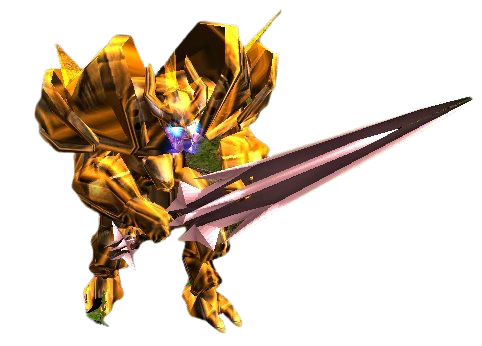 
Blood Castle - Mu Online quest , during which the participants have to get through the bridge, requisition numerous monsters, overcome the gate, take revenge on the sorcerers and destroy the statue, inside which the stolen weapon of the wounded angel is stored. To complete the task, players are given 15 minutes , during which they must return the weapon to its rightful owner.

In order to take part in the quest, you must: 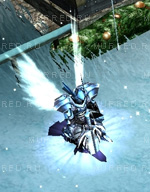 How to weld Invisibility Cloak:
The percentage of a successful combination when brewing a ticket is 85% .


On our server Mu Online established a unique system of resets. After reset your character will be 1st level, but with additional points for distribution.
Reset - is one of the important components of the game Mu Online. Players in the ranking of the top 100, sorted by them. When you reach the required level of the character, as well as meet other requirements, you can pass the set.

As a special item enhanced second level any wings to +11.

To make it easier for beginners to join the gameplay on the server, there is a lightweight system for performing the first one day full buff's and items with a one day of durations. Thus, will help you, to level up faster and easily.

Please not that, Resets are available only in the 400 level.

Bleeding character consists of 10 resets. For each reset the character will receive 13.106 stats. The more resets you have, the more difficult it is to perform the following, since the experience gained is dynamically reduced, and the cost of the reset in Zen increases. When reaching 10 resets, it is possible to make a wave ( grand reset ).


Next is a table with information about the maximum number of vawe, fireproof articles for the vawe, the cost of the vawe and reward in the form of credit balances.

To pass this quest, each player can take their own quest according to their wave and reset and after killing a certain number of monsters on the maps, they can have their gifts automaticly in their inventory.
The required level for players to start their mission has been applied as 400 for each reset. When you join the game, the task board that you must complete within 24 hours and the gifts you will receive when you complete the task are indicated on your screen automatically.


Players in this resets are allowed to move into the map's whereas 0 reset players are moved.


Players in this resets are allowed to move into the map's whereas 1 reset players are moved.


Players in this resets are allowed to move into the map's whereas 2 reset players are moved.


Players in this resets are allowed to move into the map's whereas 3 reset players are moved.


Players in this resets are allowed to move into the map's whereas 4 reset players are moved.


Players in this resets are allowed to move into the map's whereas 5 reset players are moved.

Currently this is only one server.